Who was Maria Montessori?

Maria Montessori (Chiaravalle, 1870 – Noordwjek, 1952) was an Italian educator who renewed education by developing a particular method known as the Montessori Method, which would initially be applied in Italian primary schools and later all over the world. Aimed particularly at preschool children, it was based on encouraging the initiative and response capacity of children through the use of specially designed teaching material. The method proposed great diversification of work and as much freedom as possible, so children would learn by themselves, in line with the rhythm of their own discoveries.

Montessori received a degree in Medicine in 1896 from the University of Rome. The following year, she started working as an assistant in the Department of Psychiatry at the same university. There, she was driven by her profound instinct to study special-needs children and warned immediately that their problem was educational, not medical. She expounded her ideas on this subject at the Education Conference of 1898 in Turin. Minister Baccelli put her in charge of a course for teachers on the education of special children of Rome, a course that later became an Orthophrenic School, led by Montessori for two years. 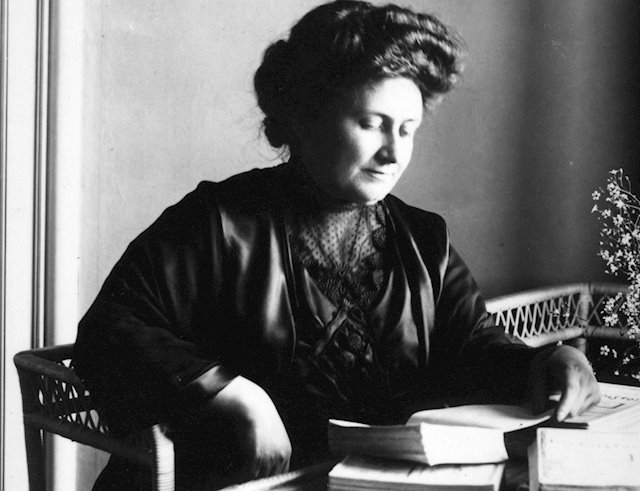 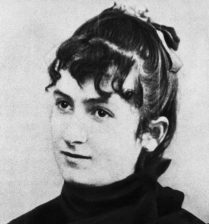 Then, she went to London and Paris to pursue higher studies, attending Philosophy and Experimental Psychology courses at the University of Rome, convinced that education of children had to firstly and essentially be based on scientific, somatic and psychological knowledge of their being. Readings of works by J.M.G. Itard and E. Séguin, both illustrious teachers of special-needs education in France, helped her to gain a deeper understanding of the problems of special education which soon came to her as the application and revelation of the general laws of child education.The work developed for children with special needs through a practical and fruitful experience resulted in the emergence of a Montessori who theorized and organized a general method of child education. In January of 1907, Montessori commissioned by the Instituto dedei Beni Stabili of Rome opened the first “Children’s House” in one of the new working class districts, soon followed by another, also in Rome. Since then, the Institution has spread throughout Italy and, further still, throughout the world as an independent institution, with an increasingly clear organization as an original method of child education.

This method, now mature due to experience and reflection, was expounded by Montessori in the volume Il Metodo della pedagogia scientifica applicato all’autoeducazione infantile nella Casa dei bambini (1909), later published several times (1913, 1935, until the 4th edition of 1950, appearing with the title La scoperta del bambino) and soon translated into the main reference languages.

The method used consisted in developing the independence of children, who found in “Casa dei Bambini” essential material for exercise their senses, appropriate objects for their interests and a prepared environment, in where they could learn in accordance with their free choice and solve interesting practical problems through the wide material available.

The dominant principle was that of laissez-faire; monitoring to help if needed; having faith in the immense value of a free activity developed with specific goals adopted by the child who is capable of driving forward their safe development, gradually resulting in spontaneous discoveries and conquests in accordance with their natural rhythm and a succession of “sensitive periods”, linked to the particular interests of the child which it was necessary to know how to understand and satisfy at the appropriate time, so as to not let the right moment pass without the indispensable exercise. 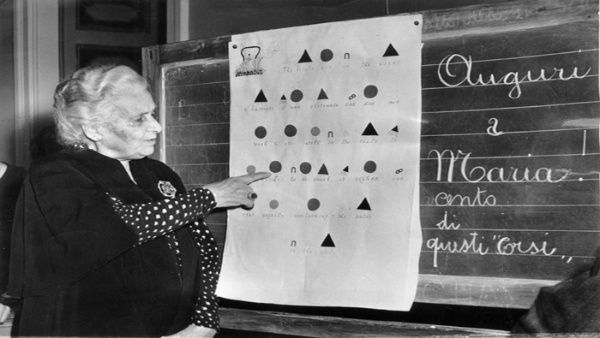 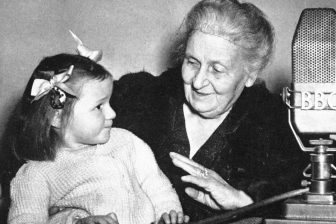 It was a programme and a ministry that made their own mark on the movement of the “active school” and was more or less connected to Rousseau and Friedrich Froebel. Her following work, L’autoeducazione nelle scuole elementari (Turin, 1910), also re-published twice in 1916 and 1940, applied the method to teaching in elementary school.

Meanwhile, since 1909, she took courses for teachers in Città di Castello, protected by two distinguished figures of popular education, Leopoldo and Alice Franchetti. She wrote articles in Italian and English to illustrate her method and thinking, which she later summarised in the Manuale di pedagogia scientifica (Naples, 1921). From 1913-14 she increased her stays in North America and many European countries: Germany, Great Britain, Spain (Barcelona was the city interested in those new methods), the Netherlands and Sweden. She later went to China and India and Montessori “Casa dei Bambini” were simultaneously spreading throughout the world.

Her influence was also felt in countries such as France, Austria, and Switzerland. Meanwhile, her works were translated into almost every language and the Montessori school, still retaining its essential features, developed the spiritual seeds, the often mystical vision of nature, the religious. 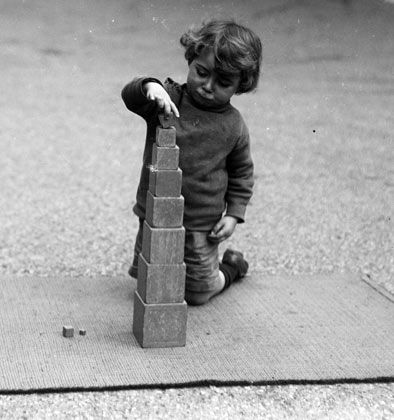 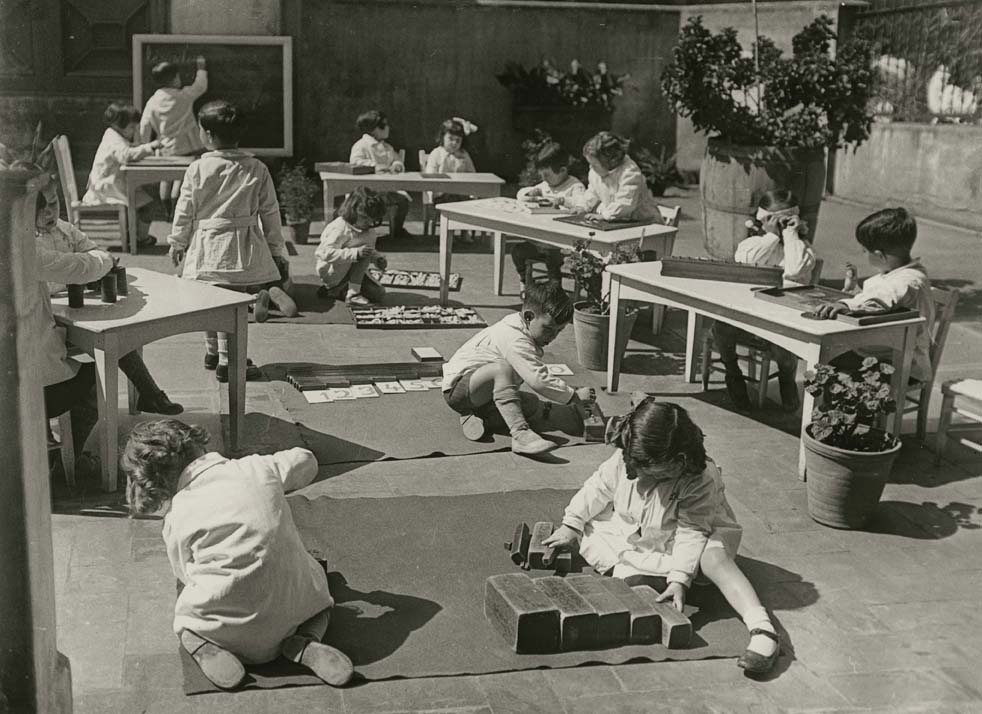 She increasingly concentrated her ministry on the idea that the child educated with full respect for their freedom and their infinite resources should be the educator of the adult, the reformer of humanity, and that training humans in accordance with the principles she preached could and should ensure the triumph of justice and peace in the world. We may say that the short volume Formazione dell’uomo (1949) and the three essays contained in Educazione e pace (1949) represent her spiritual testament. In the last years of her life, she participated significantly and competently in the works of UNESCO and founded the Educational Studies Centre in the University for Foreigners of Perugia.